“He had eaten a [cannabis] edible and just couldn’t handle it,” MacIntosh said.

Cannabis overdoses are something he said he’s personally witnessed at the bar three times in the past year.

That mirrors a trend happening across the country — as the Oct. 17 date for legalization of recreational pot looms, CBC News has learned that cannabis-related emergency room visits have spiked.

Data from the Canadian Institute for Health Information (CIHI) shows that over the past three years the number of emergency room visits because of cannabis overdoses in Ontario has almost tripled — from 449 in 2013-14, to nearly 1,500 in 2017-18.

In Alberta, the number has nearly doubled over the same timeframe, from 431 to 832. 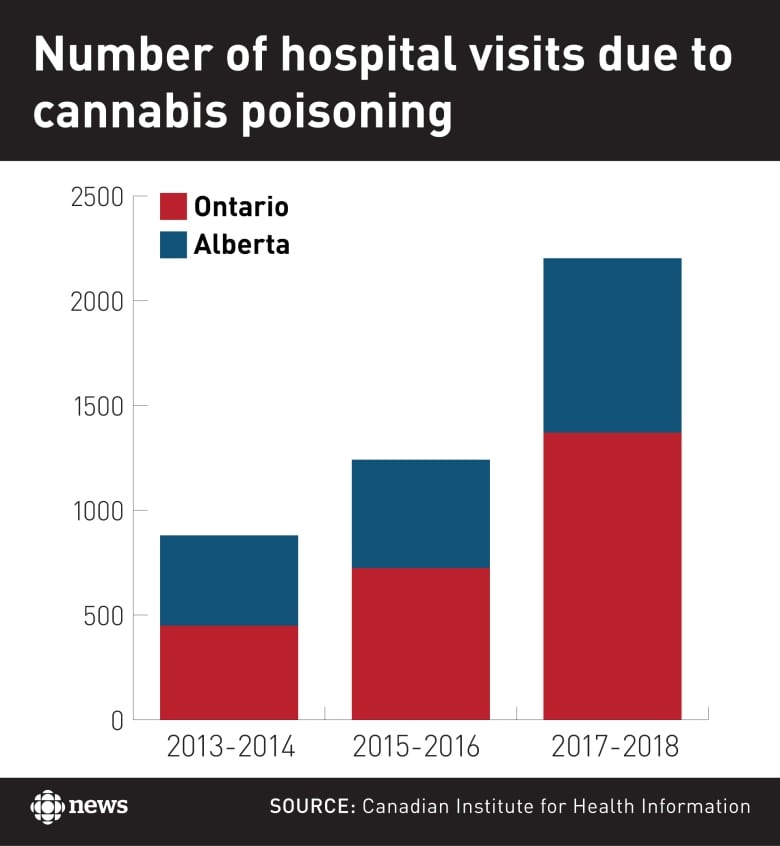 Outside of Alberta and Ontario, the statistics on cannabis overdoses are sparse. But the CIHI figures that are available for other reporting jurisdictions, which include small samples from health centres in Nova Scotia, P.E.I., Yukon, Manitoba and Saskatchewan, show Canadians in some regions are being sent to a hospital because of pot at four times the rate they were in 2013.

“That’s just the tip of the iceberg,” said Heather Hudson at the Ontario Poison Centre at SickKids children’s hospital in Toronto, pointing to a rise in the number of cases involving children and cannabis.

“We are certainly getting more calls about children who are being exposed unintentionally,” she said.

For complete article go to ‘Who said WEED was Harmless??

POLICING EFFECTIVE WHILE PILL TESTING IS NOT